Five years is a long time to work on a single game.

Truth be told, I’ve probably been working on The Long Dark for closer to seven years. I officially started Hinterland back in the summer of 2012. I knew how to make games, but I didn’t know how to start a business or run a company. I’m grateful to the people who’ve been there to support me along the way. This all feels like so long ago.

When did I know I wanted to start Hinterland? I always knew I’d want to start my own studio one day. I just needed to get experience. Later on in my career, it became important that I make something that felt a truer expression of my creative values than most of the games I’d worked on to that point. I’d often thought about striking off on my own over the years, but one moment that really stands out in my memory is reviewing Ridley Scott’s IMDB page, and seeing that he’d already made something over 70 films (including several medium-defining ones), and when I looked at the paltry four titles to my credit to that point, I felt my legacy as a game creator would be pretty insignificant unless I could start shipping games more frequently. So yeah, after years in “triple-A” — working on games that took years to ship — I started Hinterland with the intention of making smaller games, shorter projects, so that I could ship multiple games per year.

Like for some of you, for me The Long Dark started out as a game but is now a significant part of my life. I think about it all the time. I’ve watched my kids grow up from small children to being almost teenagers, while I’ve thought about The Long Dark. My youngest doesn’t even remember a time where I wasn’t working on The Long Dark. This game and studio has dominated my life for years. It’s become part of who I am, woven into the fabric of my being. Working on this game and running this studio has also afforded me the opportunity to be there for my wife and kids in ways I wasn’t able to when I worked for other people. That’s been this game’s biggest gift to me, and that flexibility has informed a lot about how I run Hinterland today, to be able to provide that same flexibility to others.

When I now look around our studio and see the nearly 40 people who put their time and energy into making The Long Dark for you, I think about the deep honour that has been bestowed upon me, being able to work with so many incredible people, as well as the responsibility I have to them due to the faith they have placed in me. They are paying mortgages, putting their kids through school, carrying the worries and stresses we all carry, watching their own families grow up within the shelter The Long Dark has provided us all. A game is more than a thing players experience — it can also be a thing to build a future around.

I feel a huge weight of responsibility to each and every person who buys The Long Dark — will they feel good about their purchase? Will they see how much care we’ve put into what we’ve given them? Will they understand what we’ve tried to show them? Today, it’s so easy to be cynical about the industry and the motivations of developers. Most of the cynicism is, in my opinion, an easy cop-out, and deeply unfair. Most developers are in it for the love of the craft. For us, the motivation is simple — to create work of lasting meaning. We hope our work speaks for us. 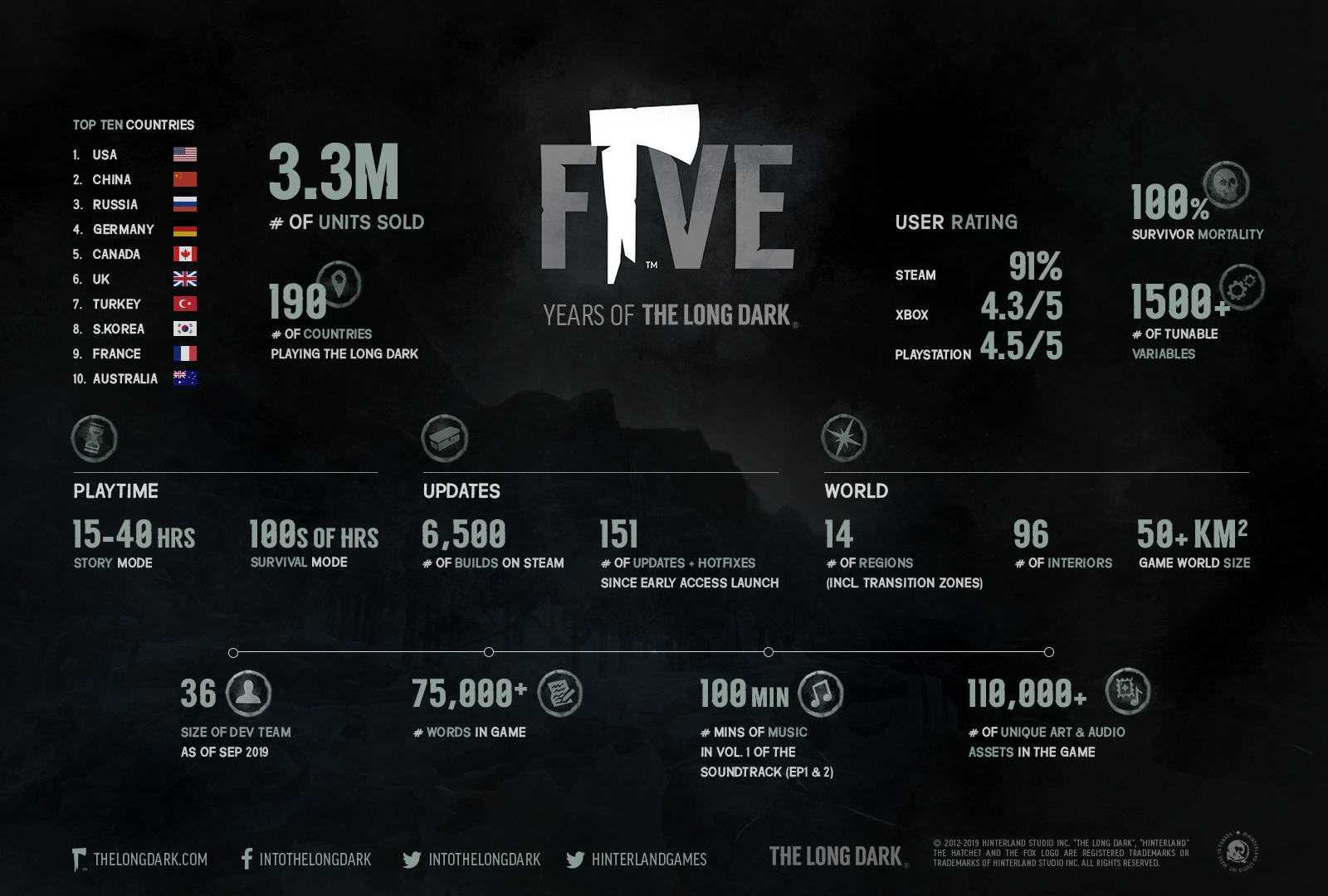 I feel a weight of responsibility to preserve a place for the pride of craft that is a big part of why we chose to dedicate our lives to this medium. You often read that a game is nothing without players there to experience it, and while technically this may be true, I strongly believe in the importance of our place as its creators. We aren’t merely here to build something and put it out into the world, ignorant of its flaws and values, waiting for our players to tell us what we have made or where we should take it. That lets us off the hook, and ignores the critical part we play in the dialogue. We are working to create something that has its own inner values, its own truth, and we’re striving to create the best version of that experience we can. That’s what we owe our players. We owe it to them to create something they cannot find anywhere else. We owe it to them to have a clear vision for what we are creating, and then the will to bring it to life. To that end, any successes in The Long Dark are the team’s success, and any failings of the game are mine.

This is what I reflect on, on this day, the fifth anniversary of bringing our creation to the world. Of bringing it to you. I think about what The Long Dark has come to mean to us, and to our players. Is it a finely crafted thing that feels true to its inner values? Where have we hit the mark? Where have we failed? I think about that day, five years ago, where we pressed the launch button on Steam, having only trepidation and very modest expectations about how the game would be received. I think about the days, weeks, and months afterwards, realizing we were going to survive as a company. I think about our growing community, the various wants, backgrounds, and attitudes of our players — what The Long Dark means to them, what they want out of it, and how we can provide for them without breaking this thing we have created. I think about my team and what they need, and will need in the future. I think about where we sit within the ecosystem of the industry, and the community of players, and what our responsibility is to shift the dialogue, move the needle, to try to create a more positive, more thoughtful place for discourse to happen. Again, we hope our work speaks for us.

I think about the next five years, what they will mean for Hinterland, how we will continue our Good Work, the ways in which I hope we leave a legacy for our players, our friends, our families, and what that legacy will be. I reflect on the world around us and how we can use our audience, our work, to have an impact. No art exists in a vacuum. May our work speak for us.

Thank you for the part you have played in helping to give us this voice.

At long last, today, we announced the next episode of WINTERMUTE, our Story Mode, is launching on October 22nd — less than a month from today.

Episode Three: CROSSROADS ELEGY is the culmination of the foundational work we did in REDUX, and presents a series of events experienced from Astrid’s point of view. In our own way, and in our own style, it moves the story forward. I don’t expect all of you to like it. But it’s a story that is true to the world of The Long Dark, true to Astrid, and I believe, also true to the world we live in today.

Reflecting on the five years on Steam, we’ve also published a TIME CAPSULE, unlocking access to the 15 major Steam builds we’ve released since Sept 2014. We hope you enjoy this playable archive of The Long Dark’s development history. It’s been fun for us to look back at some of our own work and see how far the game has come in the past five years.

We’ll have more tidbits to share about Episode Three in the weeks ahead. We’ll also shed some more light on the next Survival Mode update we have planned for December. In the meantime, we really hope you enjoy today’s Teaser for CROSSROADS ELEGY, and the TIME CAPSULE content.

Thanks for all your support over the past five years. I know our progress hasn’t always been what you’d like to have seen, and I know a lot of you probably thought we’d never release Episode Three. Thanks to all who kept the faith and believed in us all this time. We may not work quickly, but we do work hard, and we hope you — like us — feel excited about what’s to come.

All the best, and heartfelt thanks from the team at Hinterland. 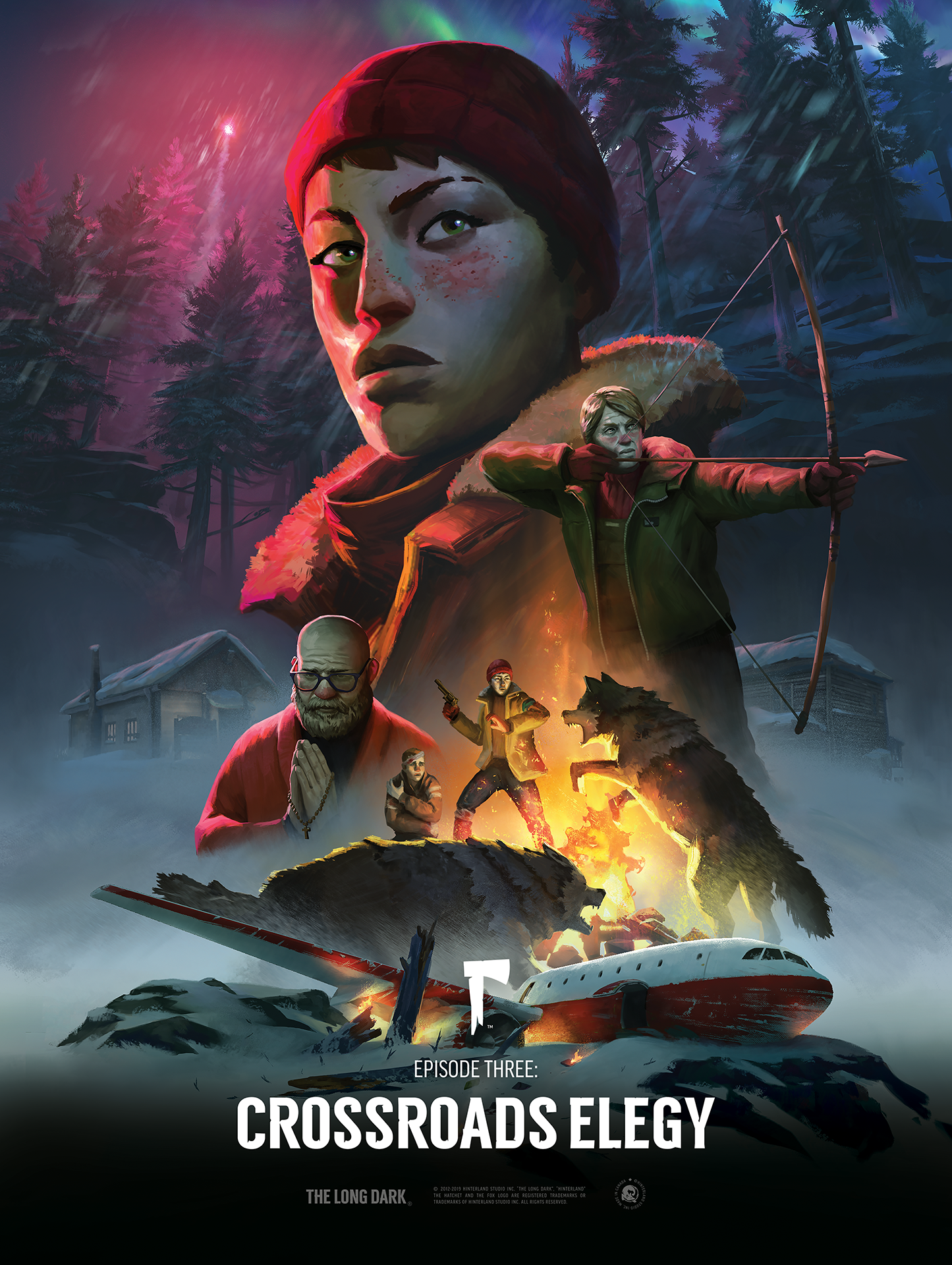 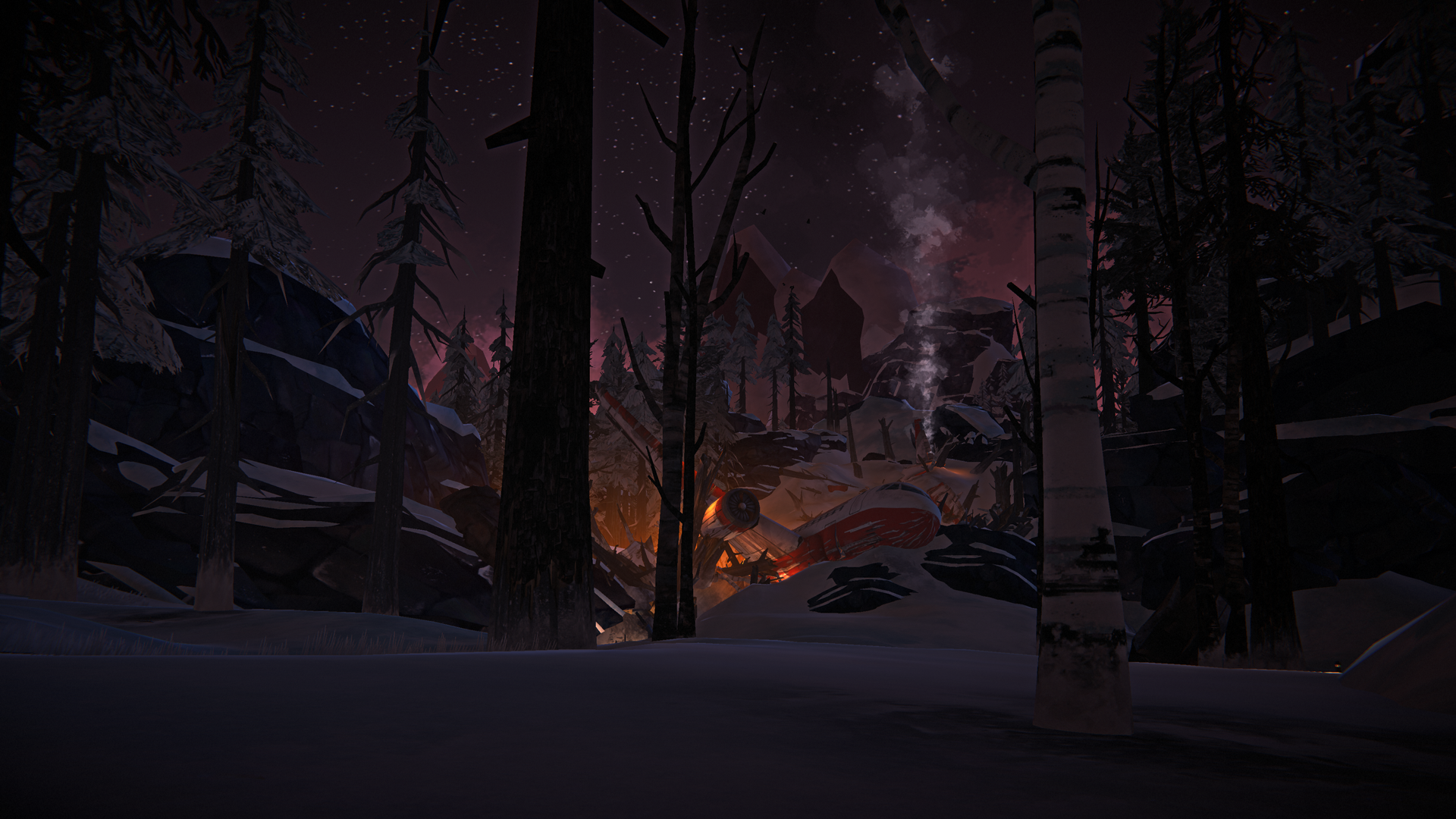 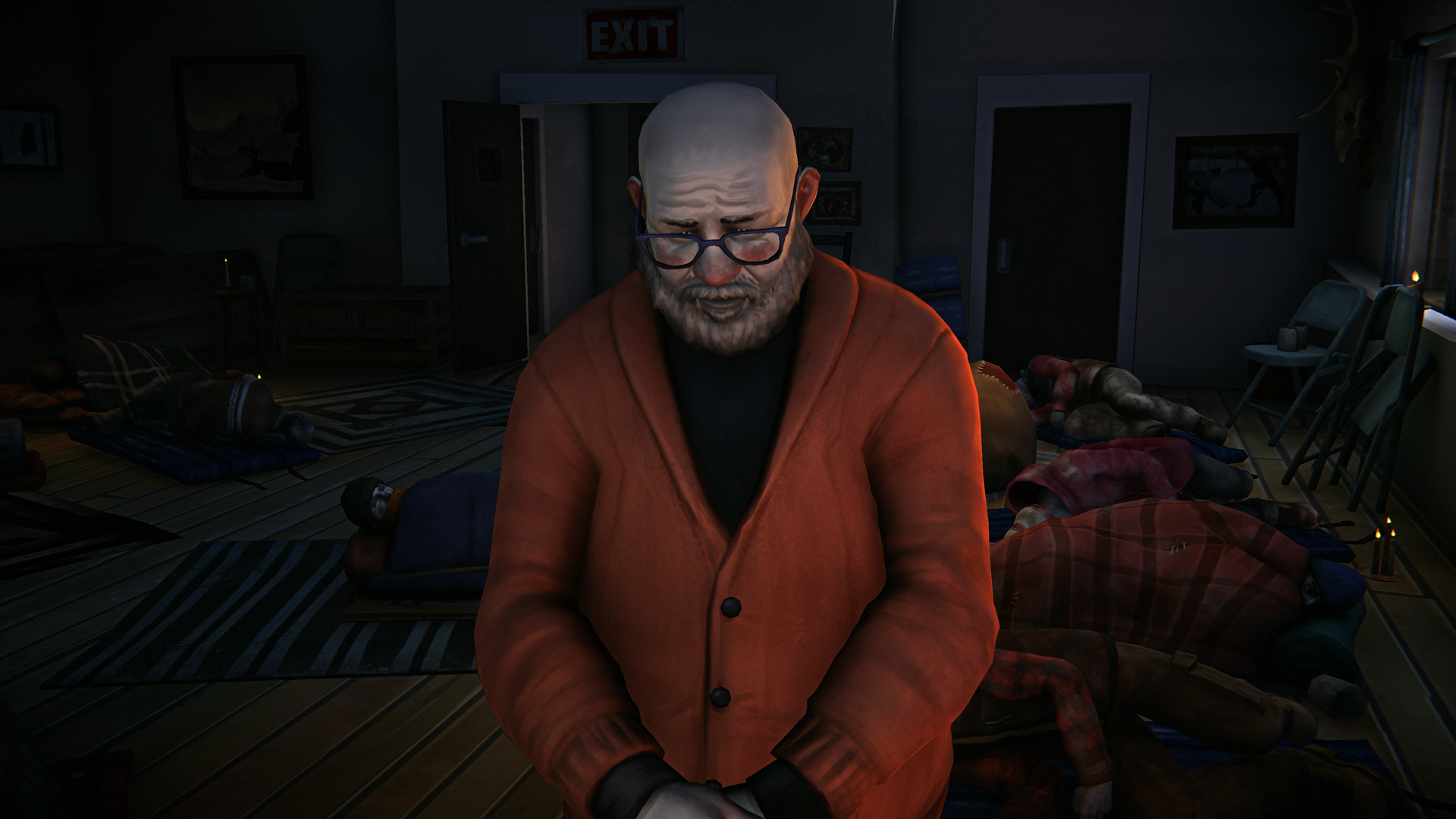 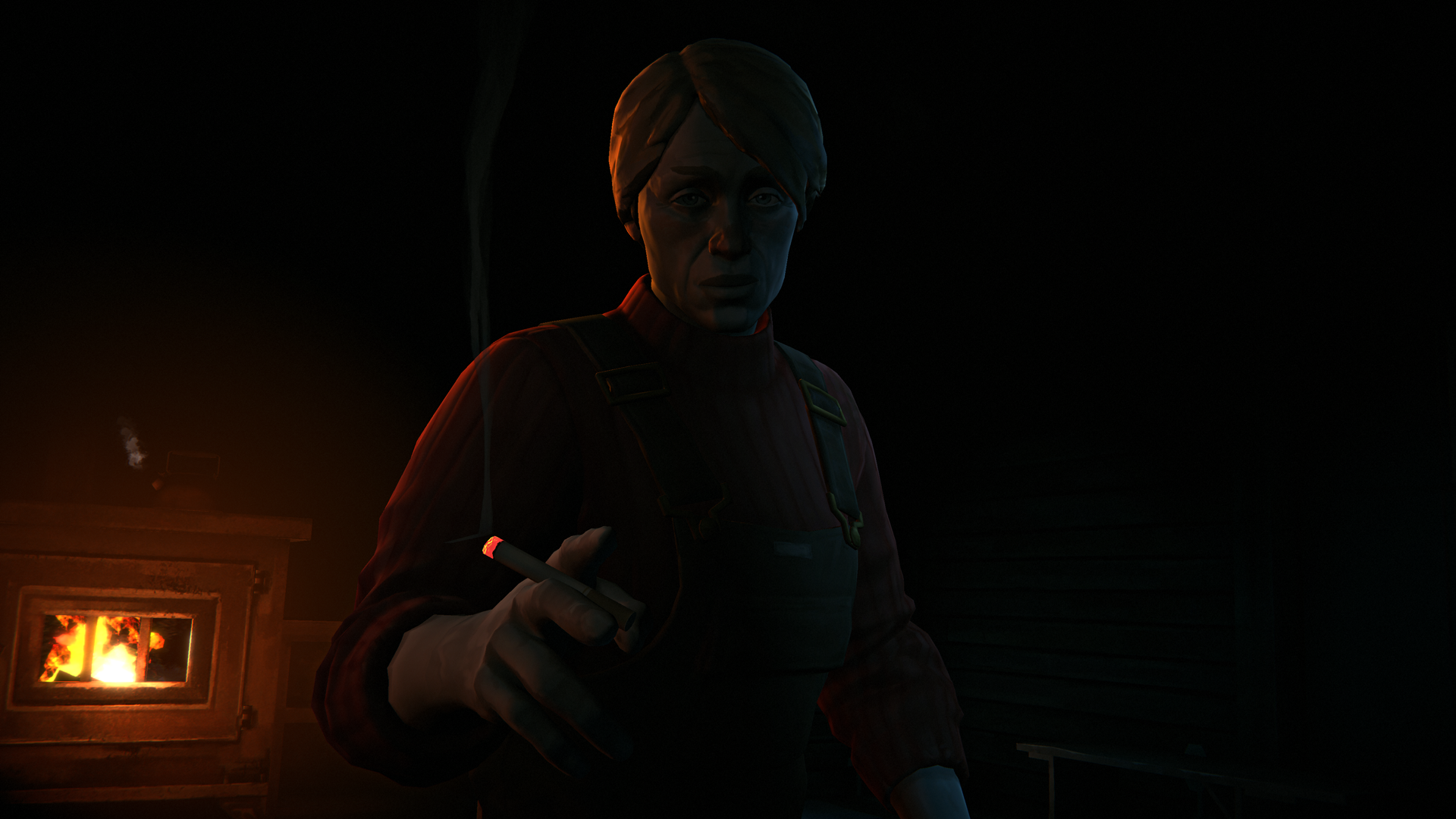 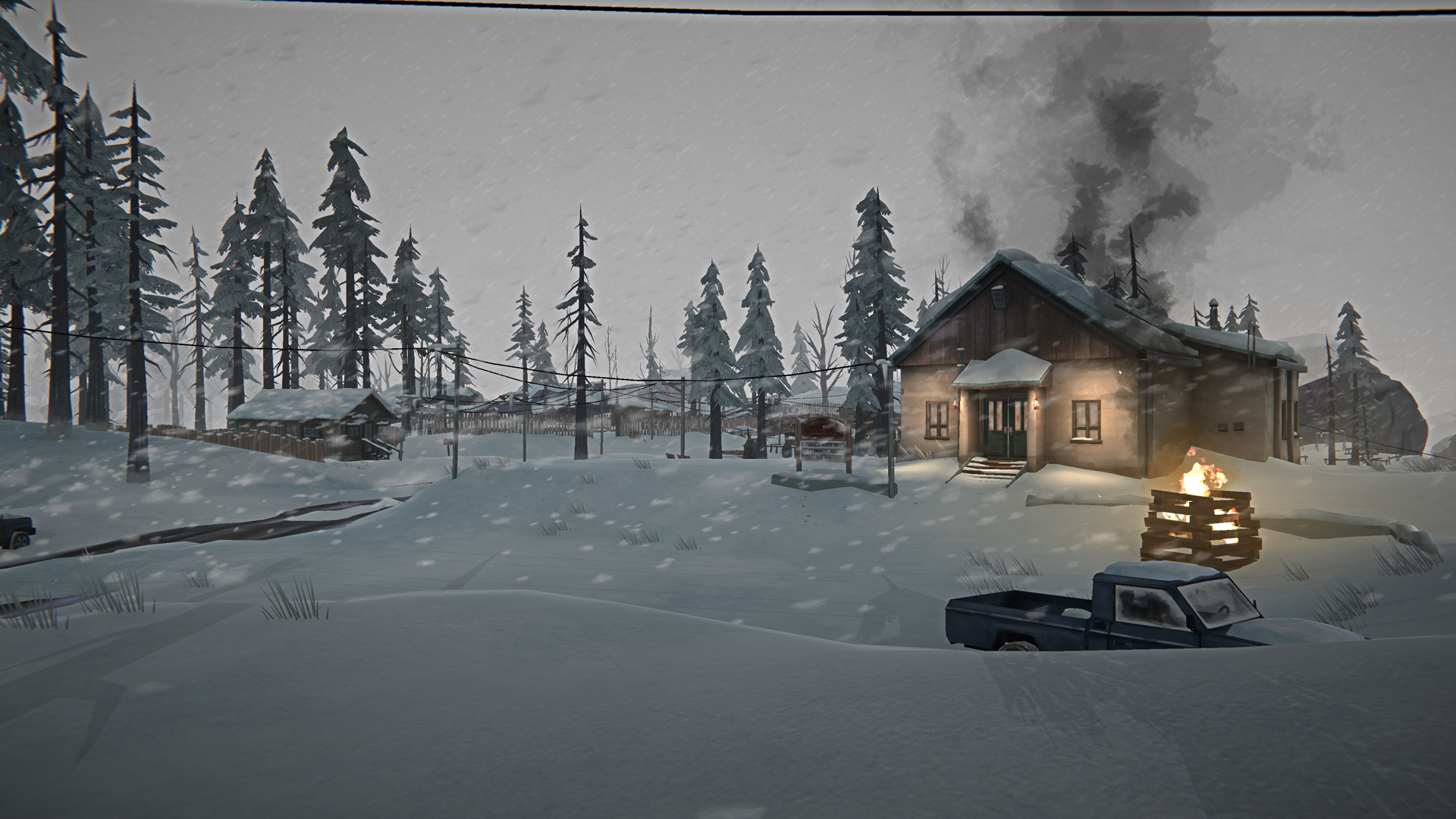 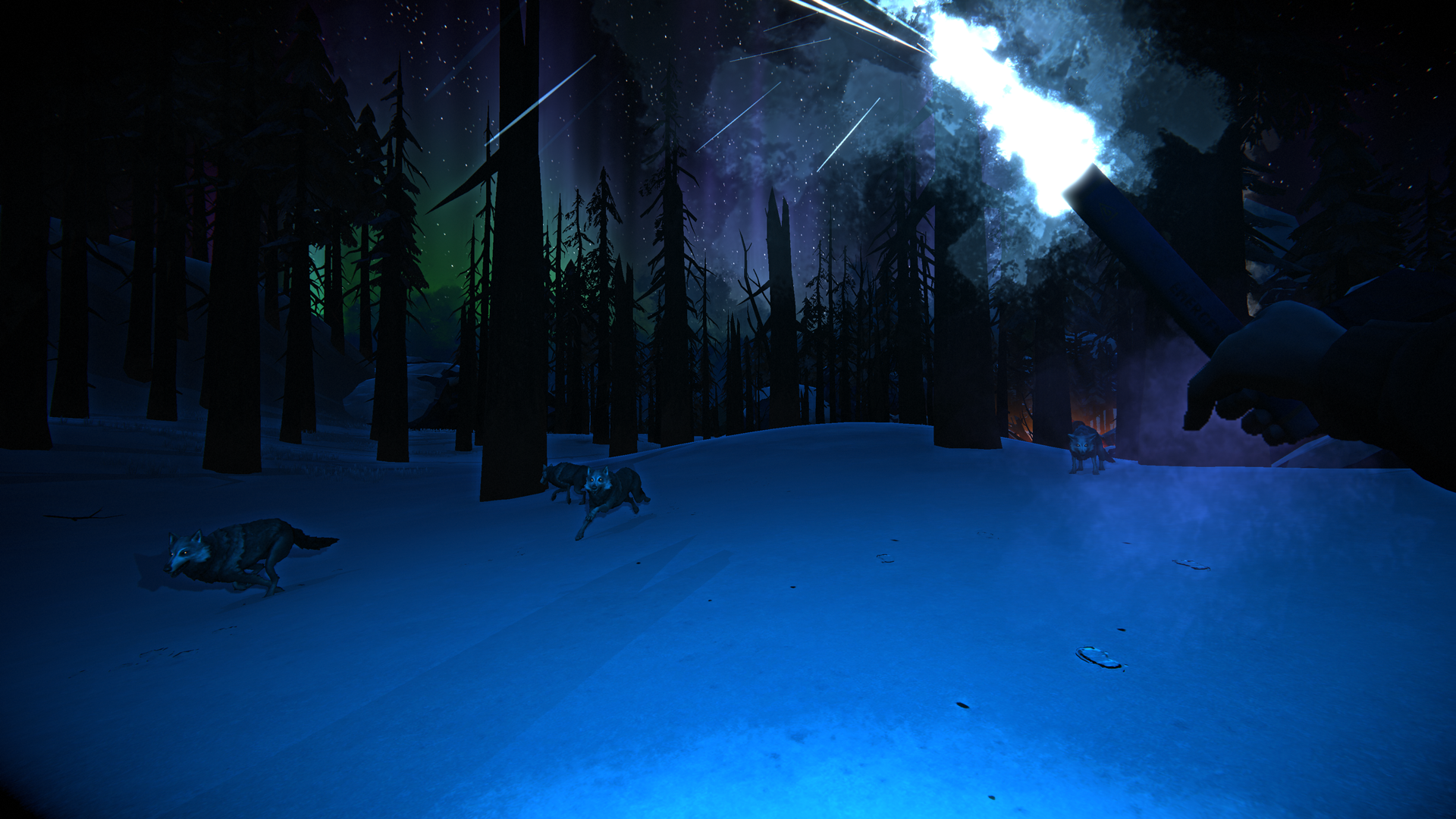