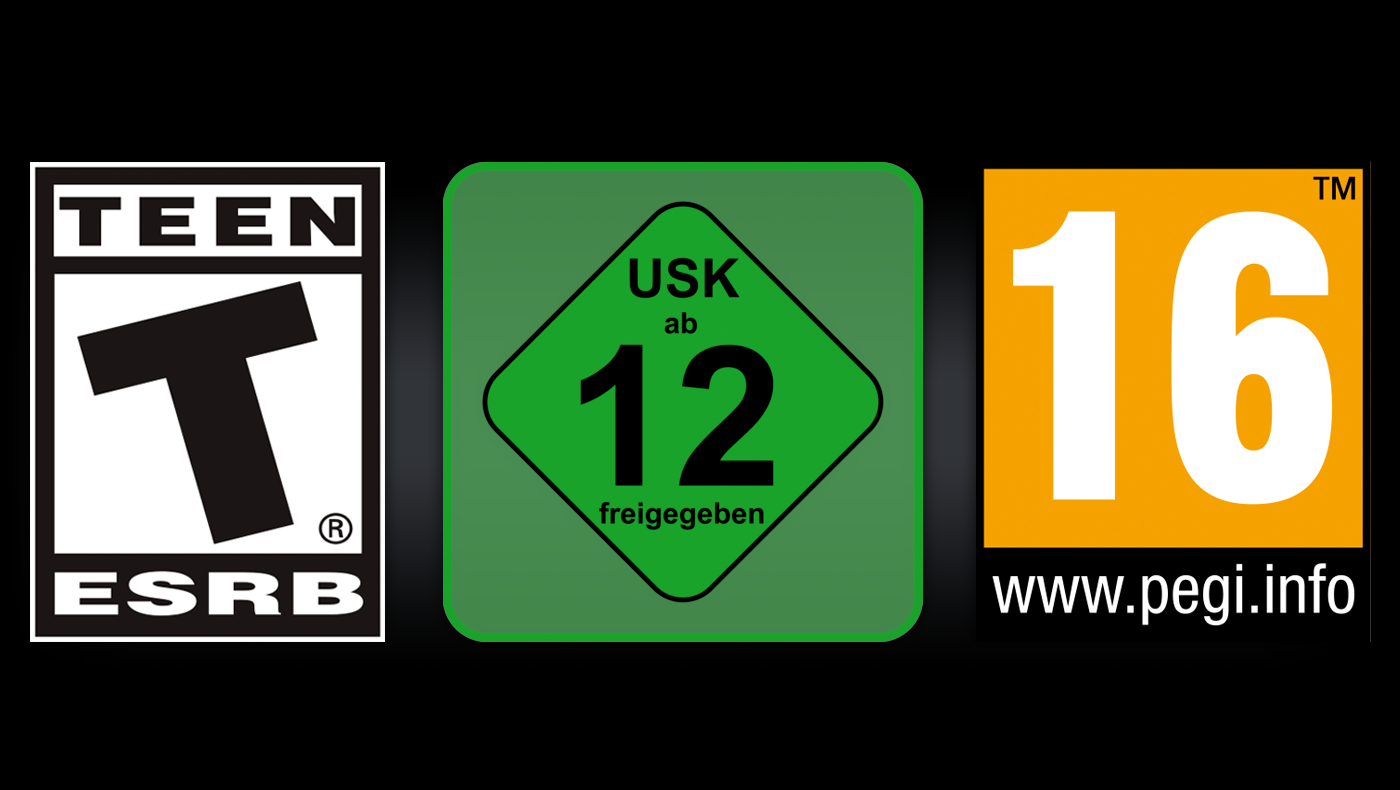 UPDATE: We have updated the launch date for countries governed by PEGI.

With our launch around the corner, we wanted to update you on the ratings we’ve received and how that impacts our launch timings.

We’ve been navigating the lengthy ratings submission process with the various government ratings boards, and here’s where things currently stand:

THE AMERICAS
For ESRB, which covers North, Central, and South America, we have been issued a “T” rating, which means anyone 13 or over can purchase and play the game.

GERMANY
For USK, which covers Germany, we have been issued a “12” rating, which means anyone 12 or over can purchase and play the game.

EUROPE & RUSSIA
For PEGI, which covers all of Europe, and also Russia, we have been issued a “16” rating, which means you have to be 16 or older to purchase and play the game.

This PEGI-16 rating was an unexpected surprise to us, as we had a PEGI-12 rating going into our Certification process with Microsoft and Sony.

Unfortunately, we just received this rating earlier this week and we are now forced to re-submit the game to Sony Europe for approval. As a result, our launch in Europe on PS4 is being delayed until August 9th, 12:01 am.

For Xbox One, we will launch in all countries covered by our three current ratings, on August 1st. Additional territories (ex. Australia, New Zealand, etc.) will be made available as soon as we secure ratings and get those versions through Microsoft.

For Steam, we will launch worldwide on August 1st. There is no rating requirement or certification process on Steam.

We’re really disappointed about the PEGI-16 rating, and we think it’s quite out of line with our other ratings, but this is the rating we’ve been issued. We are currently working with Sony Europe to get the game through their certification process with this new rating, and our goal is to have it in the European PlayStation store by August 8th. We are also working with Sony Europe to secure a launch discount to soften the sting of having to wait an extra week.

Apologies to our European PlayStation fans for this unexpected delay. We hope it doesn’t diminish your excitement for the game in any way.